There’s nothing more distracting than a horse that frequently throws his head up in the air or roots his nose toward the ground, dragging the reins through his rider’s hands. A horse that constantly tosses his head has one of a few things going on. He might have a dental issue and the bit could be irritating him and making him feel uncomfortable. Before you do anything else, you should have his teeth looked at by an equine dentist and get any issues fixed.

After you’ve ruled out a dental issue, you’re looking at one of three possible causes.

Rule out yourself as a cause of the problem. Oftentimes, riders with horses that root against the bit and fling their heads up in the air are guilty of constantly hanging onto the horse’s mouth with two hands, never giving the horse a release of pressure. In an attempt to get the rider to loosen up their hold, the horse develops the habit of tossing his head to drag the reins through the rider’s hands. Remember, horses learn from the release of pressure, not the pressure itself. Our horses dream of us not pulling on their faces. So if you’re constantly holding onto your horse’s face, he may be rooting his nose out and tossing his head in the air in an attempt to get a relief from the pressure and reward himself. Now I don’t want you to confuse “hanging onto the reins” with picking up on both reins and asking the horse to give vertically. Even though you’re holding onto the reins with two hands when asking the horse to collect and soften to the pressure, you’re constantly giving back to him (releasing the pressure) and rewarding him for softening to the pressure. What I’m warning against is holding a dead-pull against the horse’s mouth and never rewarding him for softening to the pressure. Kids’ horses are really good at developing the habit of rooting their noses out and tossing their heads. They get the jack of the kid pulling back on the reins, so they root their noses out, dragging the reins through the kid’s hands to get away from the pressure. Some of them get so violent about flipping their noses out that they practically pull the kid out of the saddle.

Culprit #2: The Horse Is Sorry-Broke

If every time you pick up on the reins your horse roots his nose out and flings his head in the air instead of softening to the pressure, he’s just not broke. He’s tossing his head because he is stiff and resistant to the bit pressure. It’s kind of like a kid throwing a fit—he’s developed an attitude about giving to the bit. It’s like he’s tossing his head and saying, “I don’t want to do this; get lost!”

You need to go back to the Fundamentals groundwork and riding exercises and the foundation trail riding exercises covered in the Fundamentals In Action on the Trail Series to put a solid foundation on him and teach him to give and soften to pressure. The lateral flexion exercises—Flexing the Head and Neck and Flexing at the Standstill—are the key to getting a horse soft and supple. The softer you can get a horse from side to side, the softer he’ll be when you use both reins to ask him to collect.

But you can’t just focus on your horse’s mouth in order to get him light in your hands. When people complain to me about their horse being stiff and resistant and pulling on the bit, I tell them that horses don’t have hard mouths, they have hard stiff bodies. Soften and supple the horse’s body, and he’ll feel like velvet in your hands. 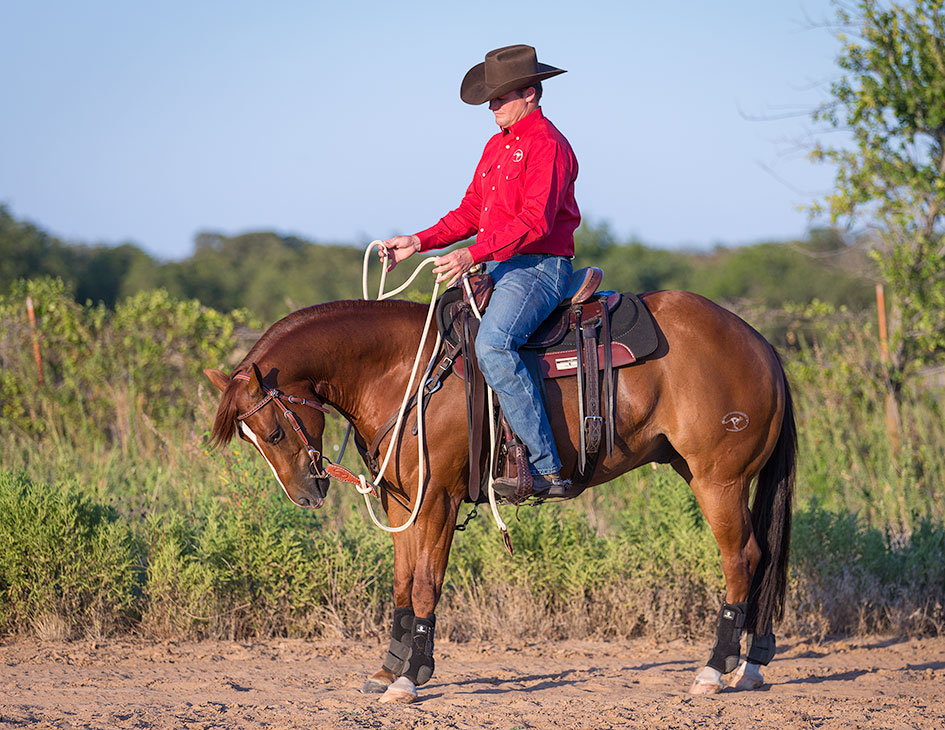 You should be able to pick up on the reins with just your fingertips and have your horse immediately soften to the pressure and create slack in the reins. 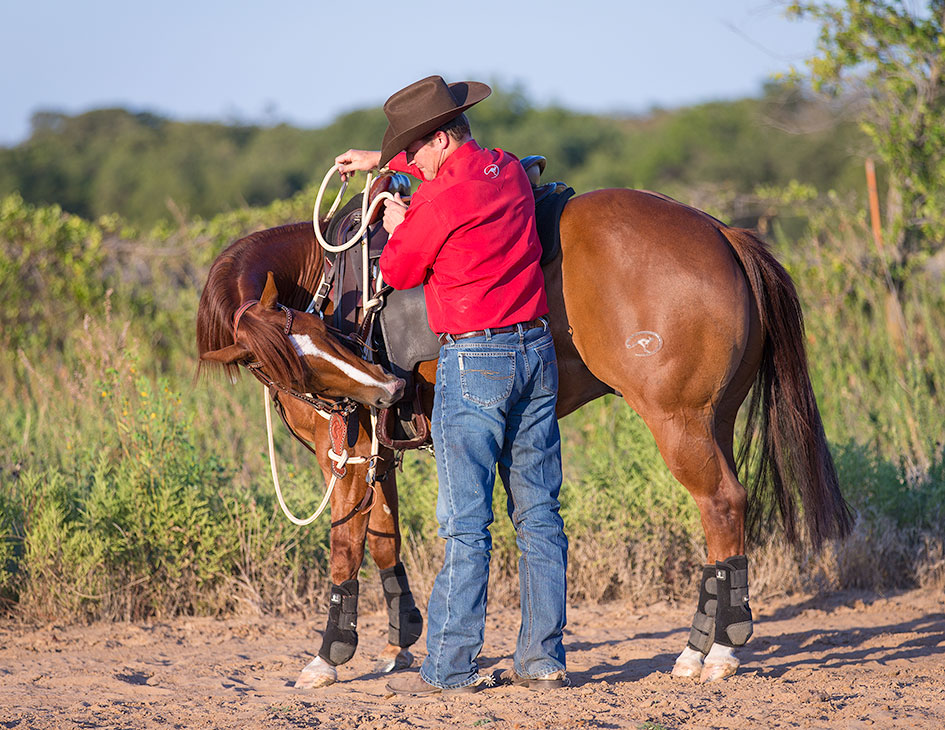 Flexing the Head and Neck is a key exercise to teach your horse to be soft and supple under saddle.

If you’ve ruled out the first two culprits, then it’s likely your horse has copped an attitude. When you ask him to do something, he throws his nose up in the air and shakes his head. If that’s the case, when he tosses his head, immediately bend him around in a circle and kick his belly with your leg or bend his head and yield his hindquarters around, making him really hustle. Reprimand him. Do it aggressively so that it feels uncomfortable to him and he won’t want to do it again. After the correction, then put the horse on a loose rein and go down the trail.

It’s kind of like you’re saying to the horse, “If you want to complain, I’ll give you something to complain about.” My parents used to say that to me all the time when I’d get whiny and pitch a fit. I guarantee that whatever it was you were asking your horse to do that caused him to toss his head and flip his nose out was easier than him having to hustle his feet in a tight circle.

If you have to make a correction more than a couple times, you’re probably being a nag. Make the horse feel uncomfortable for flipping his nose out—get in and get out. If you’re effective, the next time you give the horse a cue, he’ll respond with a “Yes, sir” attitude. 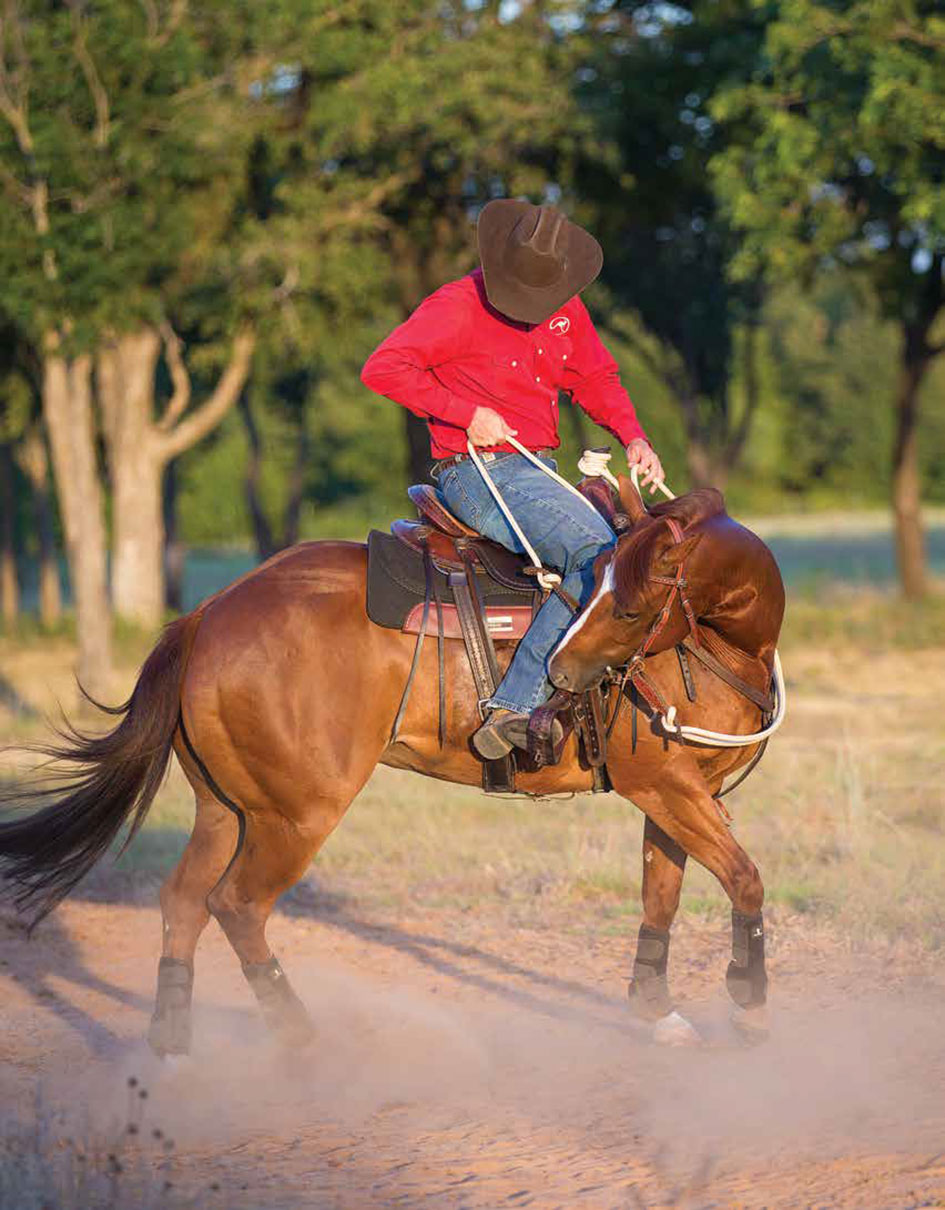 If your horse is throwing a tantrum, put him to work. Be aggressive and make those feet hustle!