When Clinton established his first training barn in Australia after finishing his apprenticeships with Gordon McKinlay and Ian Francis, he took in a variety of horses. He quickly became frustrated with dry spots appearing on the horses’ backs after training sessions, which, in some cases, led to soreness issues. He determined the cause was poorly designed saddle pads and decided to remedy the situation by designing his own pad.

He fashioned his first prototype by hand in his mother’s kitchen. When he came to the United States, he teamed up with Classic Equine to put the pad into production. Today, Clinton’s Pressure Relief System Pad is used by thousands of trail riders, trainers and competitors with the same great results.

The pads are available in three styles and offer a foam or felt bottom. Choosing between the two comes down to personal preference. At the ranch, Clinton and his clinicians mainly use pads with foam bottoms because they are riding multiple horses and the foam bottom is easy to clean in between horses. It can be wiped down with a damp cloth or even sprayed off with the hose and treated with an anti-fungal spray. 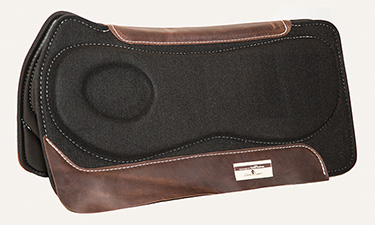 The felt bottom wicks away moisture, making it a more comfortable option for your horse, especially on long rides. 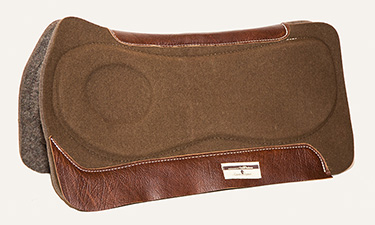 Learn about all of the PRS Pads available on the Downunder Horsemanship e-store.

Biggest Sale of the Year Just Days Away